skip to main | skip to sidebar

CNN: The News in Color 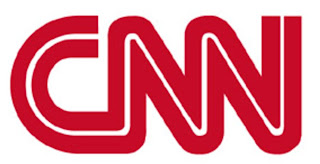 This past week, I talked to Michele Thorton, CNN's Director of Multi-Cultural Sales, at a CNN industry immersion in New York City. She stated that 40 percent of CNN's viewers were minorities. As America's population becomes more diverse, CNN's audience will also. Does this demographic statistic affect the way the news is covered by CNN? Maybe...


CNN's viewership is 40 percent minority as of 2010. With the minority population in America expecting to outnumber the majority in 2050, it isn't a stretch to believe that CNN's viewership will reflect that in the coming years (They've already hit 40 percent). Michele elaborated on the issue while mixing the effect of advertising dollars into the equation. She said, CNN is bringing people the news, but at the end of the day, CNN is still about making money. 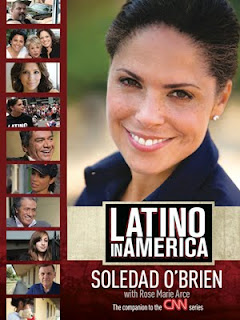 In 2009, CNN aired two documentaries by Soledad O'brien, "Black in America 2" and "Latino in America". Michele said that this was designed specifically with its viewers in mind. Michele said that CNN has even tossed around the idea of doing a "Gay in America"; it's all about ad revenue. So, let's do a bit of logic:


If we believe that MSNBC is the liberal station while Fox News is the Conservative station, could CNN be the minority news station? All signs point to "yes" when you look at CNN's web site compared to MSNBC and Fox; CNN is the only one that offers its news in other languages. CNN even has a site in spanish, CNN en Espanol, directly targeting Hispanic Americans. The August 2007 issue of "Ebony" magazine the article "the big newscasts and the Black anchors who deliver them" said that CNN had the most black anchors-8; Fox had none. Along with the "____________ in America" series, CNN has also produced "Black Men in the Age of President Obama", a show targeted directly at Black audiences.

With these factors considered, can one assume CNN takes the minority side of every issue? I mean, their success depends on it. We can't jump to that conclusion because it is the "news"; every situation can't be slanted with a minority angle. But, in certain debates, like the immigration debate or inner city education, it would be hard to refute the effect of the minority viewership on CNN.

CNN's multi-cultural approach is worth noting because it might give us insight into the future of newscasting. CNN's viewship already represents what America will look like in 20 years. Multi-cultural programming and newscasters are a staple in CNN's positioning. Watching CNN is like looking through the lens of the future...
Posted by Owen Black at 1:29 PM